What is Restorative Justice?

​Restorative justice is a victim-focused, community-based approach for responding to crime that focuses on the harm that was caused and what needs to happen to make things better. The goal is to build understanding, encourage accountability, and provide an opportunity for healing.
​​
How is it different from traditional criminal justice?
Restorative justice addresses a criminal act in the context of the people harmed and the community affected, rather than as an offense against an impersonal “state.” People who offend harm victims, community, and themselves, so restorative justice facilitates the mending of these relationships and helps prevent further offending.

Restorative justice is rooted in the following principles:
How does it work?
A person is typically referred to a community justice center for restorative justice by someone in the criminal justice system: the police, the State’s Attorney, or the Court. Structured dialogue invites affected parties to define the harm and ask for what they need. It leads to accountability and amends-making by the person who committed the offense.

Who is using restorative justice processes?
Restorative justice is becoming a widely accepted practice throughout the country — by educators in schools, and by law enforcement and the courts as an alternative or enhancement to traditional criminal justice. True restorative practices are deeply rooted in local communities, where those most directly affected by wrongdoing have a role in determining the best way to repair the harm. Defense attorneys can encourage their clients to agree to restorative options that help them to be accountable and embrace a law-abiding life, while prosecuting attorneys can offer restorative options that help victims heal and people who offend to make amends and make better choices in the future.

What’s more, restorative justice is a practical option for communities seeking ways to reduce costs and enhance safety and well-being.

​Addressing conflict and crime by promoting shared responsibility for a safe and healthy community, the Greater Falls Community Justice Center engages citizens to restore relationships, repair past harms, and build community connections through education and involvement.

Started in 2011, the Justice Center is a citizen-governed nonprofit that operates with input from the Village of Bellows Falls and its residents, as well as the surrounding towns of Westminster, Athens, Saxton’s River and the greater Rockingham area. We are committed to serving the needs and priorities of these communities, providing a safe environment for resolving conflicts, and promoting restorative justice and victim sensitivity. Citizen volunteers, trained in restorative practices, provide guidance to the center and deliver many of the services to our clients.

We recognize the potential for citizens to live in harmony with their neighbors, the local police, and other state agencies, and to contribute to the civility and well-being of the community. 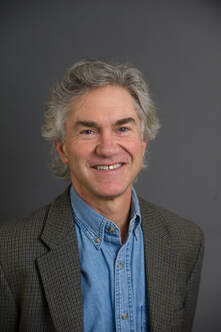 John Ungerleider, Ed.D. teaches peace, conflict, global issues, and restorative practices to teachers and students from around the world graduate, undergrad, secondary and primary. He leads trainings as a consultant with the Greater Falls Restorative Justice Center and See Other Sides. He directs the Vermont Governor’s Institute on Current Issues and Youth Activism.
As Professor of Peacebuilding and Conflict Transformation at the School for International Training (SIT) in Vermont, John started the Youth Peacebuilding and Leadership Programs, bringing over 12,000 young leaders for dialogue about the conflicts they inherited.
John lived and taught in Cyprus, Israel, Venezuela, and Spain, has trained young leaders in Uganda, Northern Ireland, Turkey, China, and Iraq, and taught courses at Brandeis, Hampshire, Marlboro, and Community College of Vermont. John is the author of books and articles that describe the impact of peacebuilding, dialogue, and youth empowerment, such as Let’s talk about it: A guide to leading youth dialogue across communities and conflicts, The Inner Peace Outer Peace Reader, Challenging Child Labor and “Structured Youth Dialogue to Empower Peacebuilding and Leadership.” He wrote and performs a participatory musical "co-opera" about global warming: Secret of the Seasons. 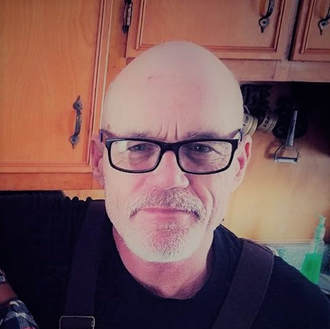 Michael grew up in Pennsylvania but has been a Vermonter for most of his life. He holds a Bachelor’s degrees in Sociology and Economics from Johnson State College in Johnson, Vermont.

After his time working as Chief Operator for the Bellows Falls Municipal Wastewater facility, he refocused his efforts on the justice system of Vermont. He has worked as Juvenile Justice Coordinator for Youth Services of Brattleboro, VT, as a Probation Officer in the same community, and as a Case Manager for Health Care & Rehabilitation Services in Springfield, Vermont. He has worked as Re-entry Navigator for the Greater Falls Community Justice Center since 2013. In 2016, Greater Falls Connections awarded him the Active Community Engagement Award for public service. 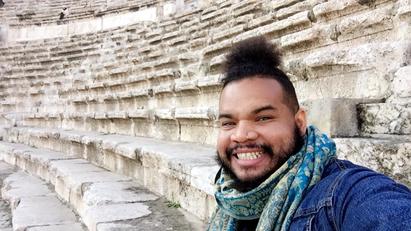 ​Victim & Youth Advocate
Fabio Arnaldo Ayala
advocate@gfcjc.org
(802) 490-5503
​
​Fabio is an M.A. candidate in the department of Peacebuilding and Conflict Transformation at SIT Graduate Institute and the Victim & Youth Advocate at the Greater Falls Community Justice Center. He enters this phase of his professional career with qualifications in bilingual and bicultural fluidity, systems thinking, secondary education, multicultural team leadership and conflict resolution. With two undergraduate degrees in Spanish & Religious Studies paired with seven years of experience as an educator, chaplain, and youth development specialist, Fabio understands the value of investing in communities that are inclusive, restorative, and equitable for all its members 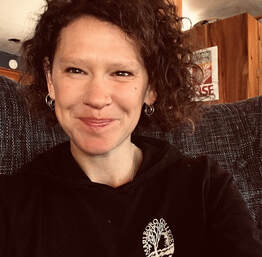 Lauren Beigel MacArthur completed a BA at Marlboro College in Environmental Studies (with a specific focus on Guatemalan literature and tropical agroecology), a TESOL Certificate from the School for International Training, and an M.Ed from Antioch University New England. In the early 2000's, she worked for the Florence Immigrant and Refugee Rights Project in Arizona, assisting detained immigrants and refugees who faced imminent deportation. She taught Middle School Humanities at The Compass School in Westminster, VT for five years, where she served as the faculty representative and advisor to the Compass Student Restorative Justice Committee. Lauren stayed home with her children when they were very young, running a small cider business with her husband, and farming. Lauren currently teaches creative writing workshops to youth, serves as a Guardian ad Litem to numerous youth in Windham County, works as an assistant to the Select Board in the Town of Marlboro and is a Parent Coordinator through the Vermont Superior Court Family Mediation Program. She enjoys hiking, rock climbing, visiting the desert, growing and preserving vegetables, cooking, reading voraciously, spending time with her family, and participating in community life.

AmeriCorps VISTA
Noah Hull
noah@gfcjc.org
(802)-289-0257
Noah Hull is an AmeriCorps VISTA serving with GFCJC. He grew up in Decatur, GA, and attended Centre College in Danville, Kentucky where he played lacrosse and graduated with a B.A. in political science. He previously worked as an intern at the Kentucky Department of Public Advocacy’s Danville office, assisting attorneys and social workers in court and on jail visits. He enjoys playing and watching team sports and hiking.